I don’t know about you, but I am so incredibly ready for spring.  Winter in Boston was brutal with 38 inches of snow in January alone.  The snow has finally (mostly) melted and they’re talking about temps in the 50s this weekend.  I’d like to say that I’ll be out enjoying the weather, but I’m not particularly mobile with my post-surgery knee.  I am bound and determined to make it outside for a least a little bit, even if it’s just to the back porch.

If you ask me, the only upside to all the snow was working from home and having Joseph make me panini for lunch.  My office doesn’t have a whole lot of lunch options nearby, and besides, I’m generally happier saving my money to go out for a nice dinner  rather than buy a mediocre sandwich because I didn’t bring anything for lunch. 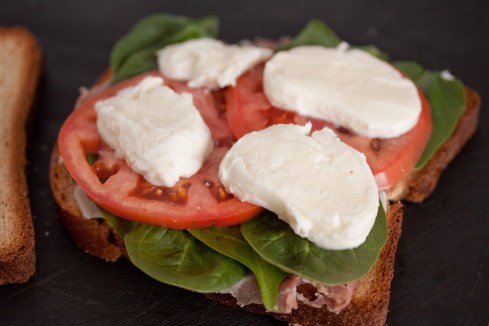 END_OF_DOCUMENT_TOKEN_TO_BE_REPLACED

I was vegetarian for several years and ate enough veggie burgers to keep Gardenburger and Boca in business.  Then, when I was eating poultry again, I went on a business trip to Atlanta and a coworker ordered a turkey burger.  I was sort of shocked by the idea (turkey??), but since after about 10 years of nothing but veggie burgers, I was intrigued and ordered one as well.  I loved it.  My coworker told me about some good turkey burgers back in DC, but I kind of forgot about it by the time I got home.  It wasn’t until I moved to Boston and starting ordering turkey burgers at Sunset Grill that I became completely hooked.

But with Joseph working full time on his PhD at Tufts, well, suffice it to say, we don’t eat out a whole lot.  I was looking for healthy recipes and found this turkey burger recipe from the Mayo Clinic.  Totally healthy!  Even though Joseph was still vegetarian, he made me these turkey burgers for our first Super Bowl in Boston and several times since.  Eventually he got tired of making these awesome burgers and having a veggie burger and he starting eating them too.  He’s modified the recipe several times and this is the most current version.  I’m sure that a month or two from now it’ll be different again. END_OF_DOCUMENT_TOKEN_TO_BE_REPLACED

I was excited to see the feature on Serious Eats on the Clover Food Lab truck over by MIT because friends had just told us last week that we needed to check it out.  That was all we needed to convince us to ditch our plans to go to the gym and head on over before they closed at 7:00. It was fantastic. They gave us a “sample” of freshly made watermelon soda while we waited and believe me, a sample that’s 2/3 the regular serving certainly gets me in the mood for a good meal.

Joseph got the soy BLT and I got the chickpea fritter.  The soy BLT was more about texture, while the chickpea fritter had more substance (and was very pretty to photograph). We also split the rosemary fries which were pretty awesome – the little fried rosemary leaves were tasty on their own, not to mention with the fries. And we got all that for $13.  Not bad.

Leave a comment   |  tags: fries, sandwiches | posted in eating out